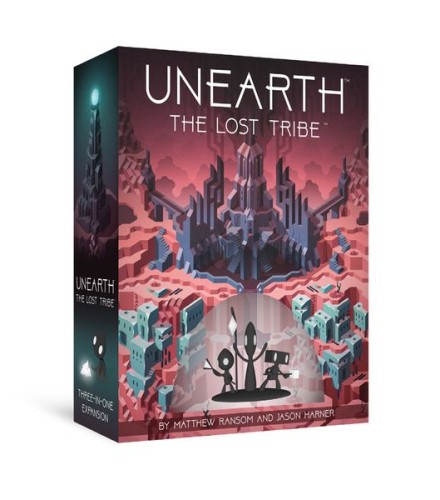 In an age now forgotten, a Lost Tribe discovered The Darkness. To tame its evil, they bound its magic into the very stones of their land, crafting wonders like the world had never seen. But The Darkness gnawed its way free of those stones, and consumed much of their world. Now the Lost Tribe has returned to unite the Delvers and stand once more against The Darkness. Will they defeat it once and for all, or will their world be lost forever?

Unearth: The Lost Tribe includes three expansions for the hit game Unearth. Enhance the base game. Add a fifth player. Or play the new solo campaign, Against The Darkness!

Add a fifth player to your game with five new dice and a new set of Ruins: the Ravines. You can even raise the stakes by awarding the included Delver trophy to the winning player!