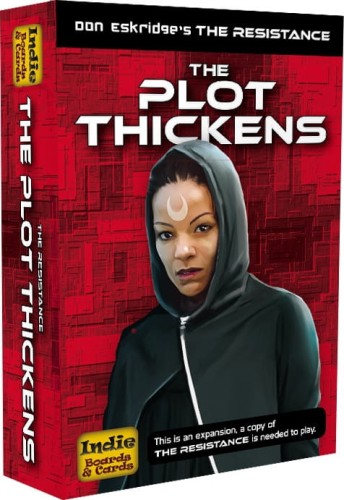 An expansion for the The Resistance for those that missed the Plot Cards and past Kickstarter promo items.

The Plot Cards add opportunities for the resistance players to gain information about their fellow conspirators.  But in the hands of a crafty spy, the plot cards can be used to cause even more confusion and subterfuge.

The Rogue Agent module introduces both resistance and spy Rogue Agents.   Rogues march to a different drum that have their own victory conditions and would rather win by themselves than see their side victorious. Rogues are the first players in The Resistance that have a unique victory condition and are very interesting play option.

The Sergeant is designated by the leader with ability to change mission results. A very tricky proposition and sure to have everyone second guessing when to use, and when to just threaten with this ability.