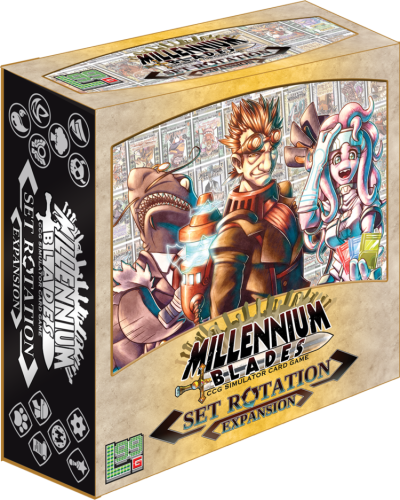 It is said that when the earth is threatened by evil, that the ancient Druid Kings will return and unlock the true power of Millennium Blades, giving a new generation of gamers the weapons to defend the planet from destruction. The name of that fateful day was known as Set Rotation...

Millennium Blades: Promo Pack #4 consists of four new Master-level card sets, each themed around one of the bosses in the Cooperative mode of the Set Rotation expansion.

Bring your favorite Board Gaming characters to Millennium Blades!